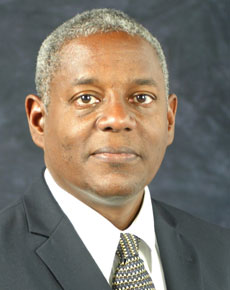 Year of Call to the Bar

John is a native of Trinidad and Tobago who has practiced law for 30 years, his last 16 years of practice being at the Bar in the Virgin Islands.

John practices generally as an advocate before the High Court, the Court of Appeal and has appeared before the Privy Council in civil and commercial matters. He has had conduct of matters in several islands of the Eastern Caribbean and as far as Turks and Caicos Islands.

He has advised and prepared written briefs for Privy Council matters and has provided expert evidence on BVI law in proceedings in foreign courts. He has also served as an Acting Justice of Appeal of the Eastern Caribbean Supreme Court.

John has been counsel in two landmark cases in recent times: the Black Swan case in the BVI High Court where he persuaded the court that it had jurisdiction to make certain orders to prevent the dealing with assets in a way that could frustrate a future foreign judgment and the Judges Pension case where he acted for the High Court judges of the entire Eastern Caribbean region on questions regarding the interpretation of legislation governing their pension rights.